The Harrison and Eva Lewis Bailey Geography Student Travel Endowment Fund continues UK’s legacy in Mexico.
By Nate Harling
Harrison Bailey (’49) had a palpable presence on UK’s campus while he pursued his degree in geography, both maintaining an active presence in his fraternity, Sigma Phi Epsilon, and leading the charge in the acquisition of a charter for the University’s chapter of the International Geographical Honor Society, Gamma Theta Epsilon. To this day, the charter bearing his name still hangs in the offices of the Geography Department, but Bailey is not done leaving his mark on the University of Kentucky. Through his generous giving, the Harrison and Eva Lewis Bailey Geography Student Travel Endowment Fund has been established. The fund will award travel scholarships to geography majors seeking to study in Mexico. This is the second endowment fund he has established at UK, having previously funded the Harrison and Eva Lewis Bailey Alumni Lecture Series in Geography.
Bailey’s idea for the new scholarship fund was inspired by a month-long study trip he took to Mexico in June of 1947 with a group from the University. He paid his way on this adventure by agreeing to be a driver, taking his fellow students and professors to Mexico and back in his own vehicle. “I was very excited about the trip, so much so that having to drive all the way down and back seemed like a small price to pay for such an opportunity,” Bailey said.
During the trip, he met two people who would have a profound impact on his life. Professor Joseph R. Schwendeman, who served as the head of the Geography Department from the day it was established in 1944 to his retirement in 1967, led the trip. Bailey grew close with Schwendeman and his wife during the course of the trip, which eventually led Bailey to major in geography and continue fostering a relationship over the course of his studies.
Bailey’s personal life was also forever changed by meeting a woman on the trip named Eva. “We were a small group traveling from place to place all summer and I didn’t know the language very well, so the group mostly stayed together. I ended up spending a lot of time with her on that trip and when we got back to Kentucky,” Bailey said.
As it turns out, they were destined to spend a lot more time together, traveling the world and raising a family over the course of 60 years of marriage until her passing in the spring of 2012. The endowment fund is named for her, honoring her love of travel and the place where they met.
After graduating in 1949 with a degree in geography, Bailey went on to work as a cartographer for the Army Map Service, since renamed the Defense Mapping Agency, until his retirement. Throughout his years with the agency, his training at the University of Kentucky and the knowledge he gained in Mexico paid dividends and set him up for an excellent career. “Professor Schwendeman and the rest of the Geography Department sparked my interest in geography and cartography, and gave me the skills to make a living from it,” Bailey said.
Having had a long and fruitful career, Bailey believes that now is as good a time as any to give back to the institution that helped him achieve such success by establishing a legacy that will give a new generation the same opportunity he had to study in Mexico. As to why he believes this experience to be so important?
“Travel broadens the mind,” he said. “You have to learn from others, and travel is the best way to learn from a diverse group of people you wouldn’t have met otherwise.”
Since Bailey first traveled to Mexico with the University of Kentucky, the University’s connections with Mexico have evolved into a tight-knit partnership with an organization based in Oaxaca called SURCO. This organization’s Spanish acronym translates to “University Services and Knowledge Networks in Oaxaca.” It is a nonprofit organization that advocates for and assists the development and availability of higher education in Oaxaca. A partnership with the UK Department of Geography, set up in 1999 by Oliver Froehling, a former UK graduate student and director of SURCO, helps to achieve these goals. The program “Social and Environmental Justice in Oaxaca” sends geography students to Oaxaca in the summer to participate in the operations of the organization and take classes for five weeks, followed by three weeks of research for an independent study project. 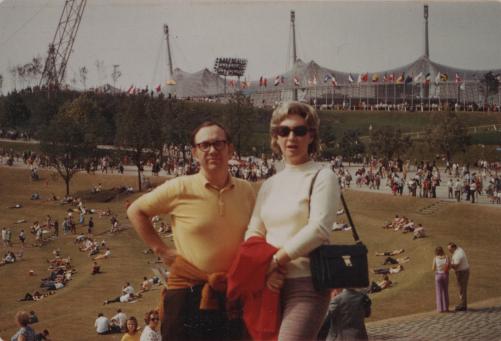 One alumna of this program, Lindsey Funke (’16), left for Oaxaca in the summer of 2015, right before her senior year. She spent her senior year interning with SURCO and had her own Oaxacan graduation celebration when she couldn’t make it back for UK’s ceremony. She now works for SURCO full time in a dynamic role as a teacher, translator, and graphic designer, among other duties. “Travel is a critical part of education because if you stay in one place, you have a very limited perspective,” Funke said.
Funke also believes the Geography Department prepared her to tackle life in a new and wildly different country. “The UK Geography Department has such a diverse range of classes that prepared me for life in a place with cultural systems as complex as Oaxaca,” she said. “My professors, especially Dr. Sue Roberts, were instrumental in piquing my interest in traveling to Mexico and were so supportive in helping me figure out how to make it a reality.”
Students like Funke show just how life-changing studying abroad can be for both the student and the community they visit. Bailey experienced the same impact in 1947 that Funke had in 2015, displaying over half of a century of continuity in the Geography Department’s involvement in Mexico. Thanks to Bailey, that continuity is assured for years to come, as the Harrison and Eva Lewis Bailey Geography Student Travel Endowment Fund will allow students to benefit from an experience they may not have been able to have otherwise. With the first Bailey scholarship planned to be awarded in 2018, UK’s involvement in Mexico has a bright and assured future. &