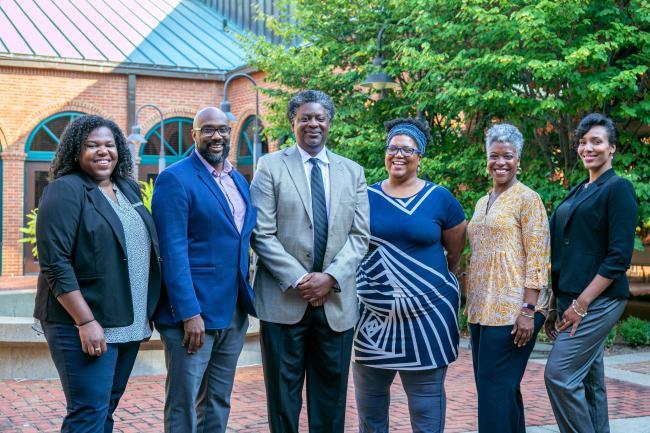 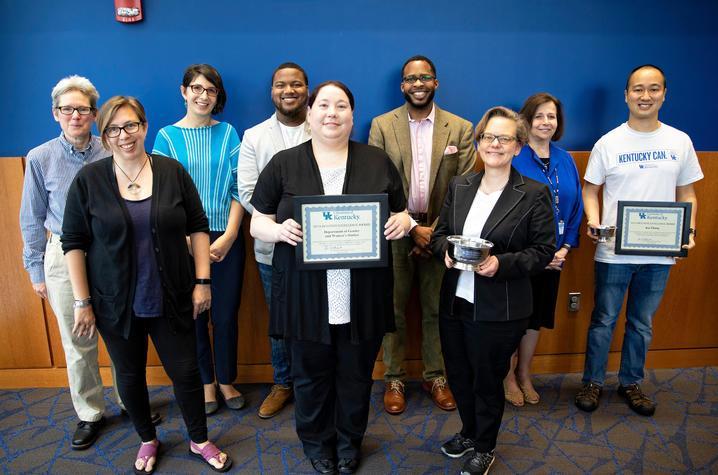 All Roads Lead to Rome...Kentucky?

In 2016, a Malawian international student and two University of Kentucky professors met by chance in Rome.

Chikondi Medson, a graduate student in Classics from Malawi, was not expecting to leave his undergraduate university in Rome to come study Classics in the Commonwealth last August.  However, his path changed when he met two UK Classics professors at a conference promoting the use of Latin: Milena Minkova, Director of Graduate Studies in the Department of Modern and Classical Languages, Literatures and Cultures, and Terence Tunberg, Director of the Institute for Latin Studies, a Graduate Certificate Curriculum in which the Latin patrimony is being taught and researched in its continuity from ancient until modern times in the target language.

"Chikondi is an outstanding classical scholar with a very unique life path. His story should be known to more people as inspiration to our efforts for inclusion and internationalization," Minkova said.

Medson’s unique life path led him from his home in Southeast Africa to many places around the world. He began his college career in Rome, nearly 7,000 miles away from his home in Malawi, to study Classics at Università Pontificia Salesiana. During his time there, he met other students from all over the world who were studying Classics on scholarships and spoke Latin in an immersive environment.

“It was very immersive in Rome,” Medson said. “I was speaking Latin and nothing else for a year.”

His favorite experience while studying as an undergraduate was a group trip to Spain by ship. “We went to places singing Latin songs and promoted Classics,” Medson said. “It was during a wonderful time of year and we got to share the experience with so many different people, all while propagating Classics.”

Though Medson’s trip to Spain was his personal favorite experience during his time studying in Rome, the most happenstance occurrence was at the Academia Latinitati Fovendae conference, where Medson met Minkova and Tunberg.

“They told me about the program at UK and encouraged me to apply, especially for opportunities for funding. They really helped me a lot,” Medson said.

“When Dr. Tunberg and I met Chikondi in Rome, we were excited to hear him addressing us in fluent Latin and expressing interest in our program” Minkova recalled. “Latin is a global language, it does not belong to any particular place, time, culture, or discipline, and we strive to attract to our program students from different backgrounds who can bring in different perspectives.”

Medson’s introduction to Latin didn’t originate in Rome, however. He was first introduced to Classics in Malawi when he received a scholarship to go to Kamuzu Academy, a private boarding school founded by Malawi’s first president, Hastings Kamuzu Banda. Latin and Greek are compulsory in the academy and the teaching staff is mostly made up of teachers from Cambridge and Oxford.

Speaking of his teachers, Medson said, “I learned under them. During my time there, one of the teachers went back to England. He got in touch with his people and talked about me and my enthusiasm for Classics. The director of Accademia Vivarium Novum, Luigi Miragli, said I could go to Rome and study in an immersive environment.”

During his first academic year at Kamuzu Academy, Medson studied Latin. He immediately fell in love with Classics when he realized his talent for the language, as he was one of the top students in both Latin and Greek at the academy.

“Many people are saying that Classics is losing students, but I think that’s happening in all the humanities. When people try to promote Classics, they advance really utilitarian arguments about how it makes it easy to learn all the other romance languages. This argument is quite true, but I think that it misses the point. For me it is not about the utilitarian argument at all. I would even say it is something spiritual. The edification I get from reading Latin and Greek literature is just amazing. I would compare it to what people get from reading the Bible or the Koran. When I read Seneca, Plato’s arguments, theories of good governance in the Republic, or Lucian’s rhetorical works, I get that spiritual enrichment,” Medson said.

Medson’s enthusiasm for Classics is apparent and, paired with his determination, has helped him become a knowledgeable figure in the world of Classics, as he was a guest speaker at the Living Latin Conference in New York City this past February.

The Living Latin Conference jointly hosted by the Paideia Institute and the Fordham University Classics Department, is a seminar that promotes the use of Latin. Chikondi attended the event and delivered a speech on the history of Classical Studies in Malawi.

“One of the other people I met while in Rome was Jason Pedicone, who is the President of the Paideia Institute. We have been in touch. He, Milena and Terence all made it possible for me to come to the United States,” Medson said. “Even before I applied we were talking and considering whether or not I could work as an intern in the New York Office of the Paideia Institute. When I got here, he told me about the conference and invited me to present there.”

Upon graduating next year from the University of Kentucky, Medson intends to return to Malawi to teach and aims to develop a thesis for his Ph.D. However, his main goal is to connect with others who are interested in creating an association that will promote the Classics in Africa.

“Chikondi is resolved to build a network of global Latinists in Africa. We are excited that through him, the University of Kentucky will be able to reach different places and people and make new connections” Minkova said.

“There is this growing movement in spoken Latin and Greek worldwide at the moment, there is Greco Latino Vivo in Naples, Living Latin in New York City and various conferences here in Lexington,” Medson said. “This is what seems to me to be lacking still in Africa.”

Throughout Medson’s unique journey, spanning from Africa to Rome and all the way to Kentucky, he says one characteristic has remained constant: his determination.

“If I decide to do something, I make sure to complete it,” Medson said.