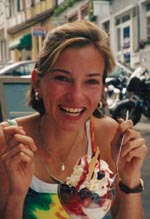 “I earned a topical degree, which allowed me to tailor my own major.  I love that UK gave me the flexibility to be creative.  I was involved in so many clubs that I never had a free night!  I was president of the Economics Club, active in Student Government, and a Student Ambassador for the College of Arts and Sciences.  I remember the great friends that I had, and the wonderful professors at UK.  I keep in contact with some of my old professors, not like business contacts, but real relationships.

“I’ve been working for Mary Kay for more than five years now as an executive sales director, and I’m on my third pink Cadillac.  I never thought I’d be doing this, but it is absolutely the most fun and rewarding job. You can only enrich a woman’s life so much with facial cleanser, but a woman needs confidence to make good decisions and break cycles of negativity.  I am a mentor, teacher and trainer to my women.  For a woman, there is no greater gift than self-confidence.  I want them to live their dreams, because I’m living mine. 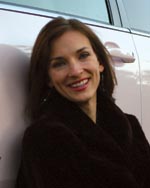 “While I was at UK, one of the biggest highlights was when Bill Clinton came to visit campus and spoke on the lawn of the administration building.  Before that, I had never seen a president in real life.  And there were snipers on top of Patterson Office Tower, and I’d never seen snipers before either!  I sometimes think that Kentucky gets shafted politically, and hearing Clinton speak at UK made me feel like being in Kentucky was important and that he actually cared.  Another memorable moment was when the basketball team won the national championship for the second time in 1998, and about 1,000 students flooded Woodland and Euclid, celebrating on the streets.  That was amazing.”