The Kentucky Geological Survey at the University of Kentucky celebrated a major achievement today in the mapping of Kentucky's geology. KGS has published all 25 maps in the 30 by 60 minute geologic map series (1:100,000 scale), making them available to the public. This achievement is unparalleled by any other state, making Kentucky a leader in geologic mapping and map technology.

These detailed maps show surface and subsurface rock types, formations, and structures such as faults. Geologic formations and faults control the occurrence of minerals and fuels, groundwater, and geologic hazards. 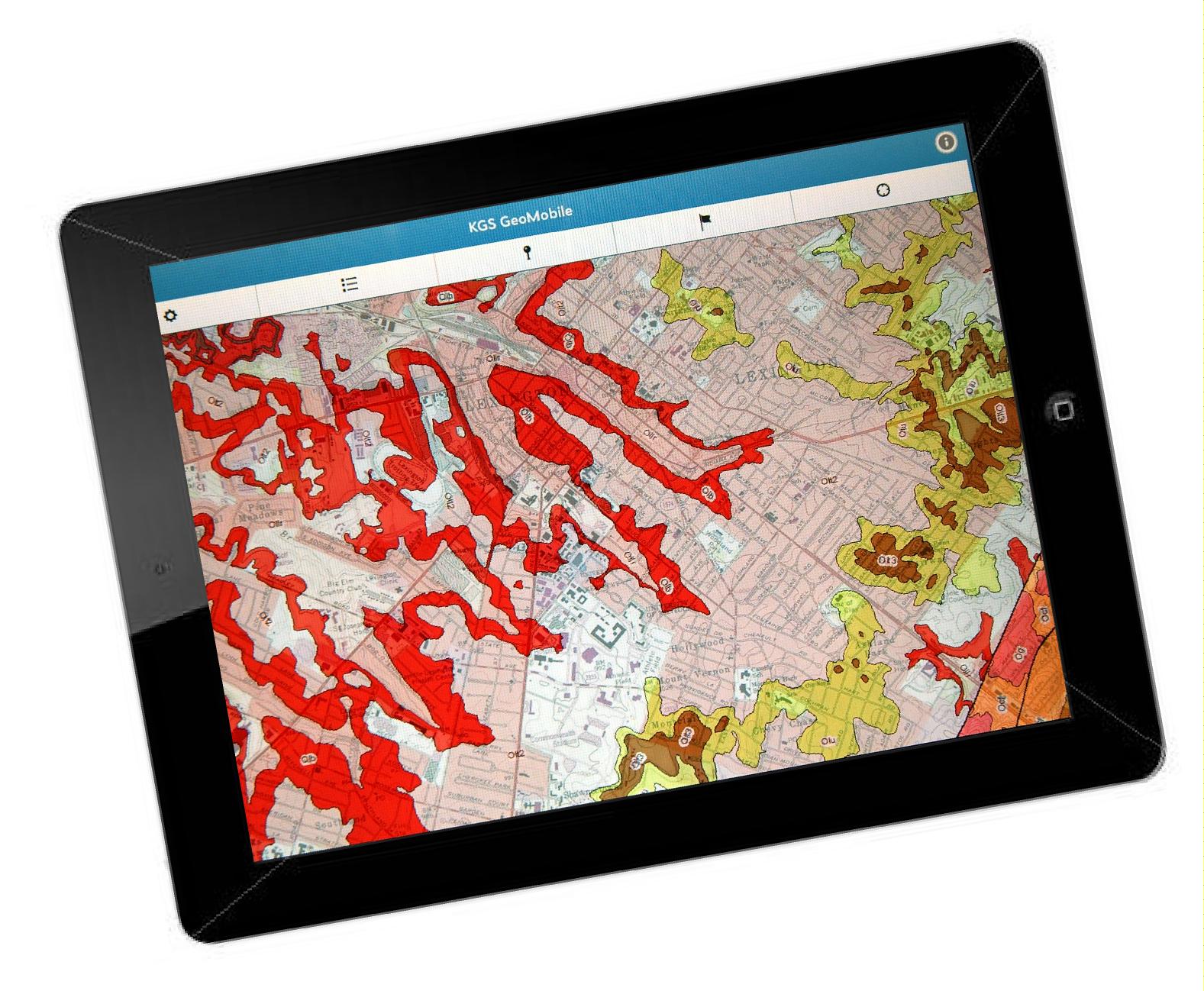 "They are an important contribution to society because the information they provide assists in the production of resources, protection of groundwater and the environment, stability of foundations and infrastructure, and avoidance of hazards," says KGS Director and State Geologist Jim Cobb. "Because the maps are available on the Web, they are always accessible to the public at no cost. Hardcopy versions of the maps can be ordered from the Survey's Publication Sales Office."

At a news conference on campus this morning, a super-sized geologic map of Kentucky, 10 feet high by 23 feet wide, was unveiled in the foyer of the Mining and Mineral Resources Building on campus. A symposium on geologic mapping, "Celebrating Geologic Mapping for Science and Society," was held later that day at the Boone Center and featured experts from the University of Kentucky, KGS and other state surveys, the United States Geological Survey, and academic institutions.

A map of Kentucky showing the 30 x 60 minute geologic maps can be found on the KGS website at www.uky.edu/KGS/mapping/100k.htm.

A full-size version of each map can be found through the KGS publication search page at kgs.uky.edu/kgsweb/PubsSearching/PubsSimpleSearch.asp.