The reconstruction of past environmental change is more important than ever. First, we look for precedents, principles, and lessons from the past as we try to understand and predict ongoing and future environmental change based on the fundamental wisdom that “if it did happen, it can happen.” Second, all kinds of new ideas on the coevolution of life, landforms, climate, and Earth itself need testing, verification—and maybe most importantly—hypothesis generation from the historical record.

The most important historical records for all but the past couple of centuries are stratigraphic. Environmental change is recorded in the sedimentary rock record, in geologically modern sedimentary deposits, and in soil layers. However, geoscientists have long realized that the stratigraphic record is incomplete—“more gap than record,” Derek Ager famously pointed out, with the preserved events equally famously termed “frozen accidents.” The current state of affairs is well summarized in and recently published volume titled Strata and Time: Probing the Gaps in Our Understanding (Smith et al., 2015). 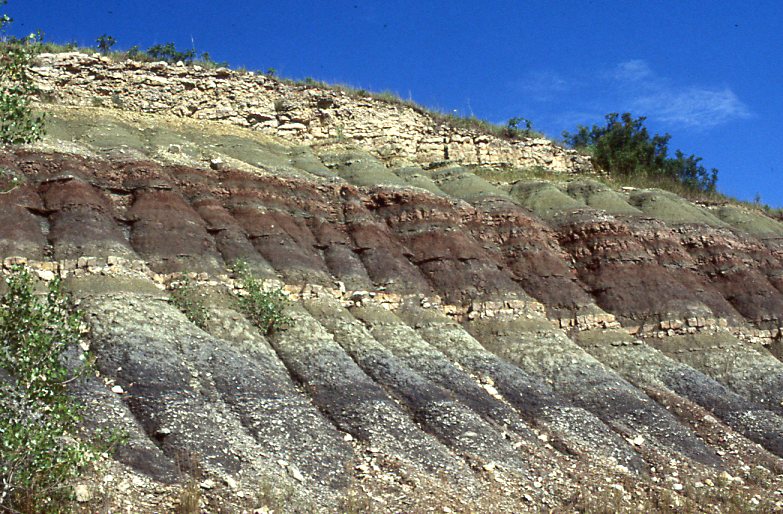 As the book notes, a number of statistical and analytical methods have been developed to confront the fact that stratigraphic evidence often indicates apparently adjacent (in the stratigraphic column) events that are actually separated by long periods where little or nothing happened, and any number of events or episodes that were not preserved or were erased by erosion.

I’ve been working the past few years with state-and-transition models (see this and that). These are essentially box-and-arrow models that show the state, stage, or condition of an environmental system (e.g., landforms or soil types; vegetation communities; modes of landscape evolution) and the possible transitions among them. Could this approach be applied to the stratigraphic record? I think it is worth a try, and I will flesh this out a bit in my next post. 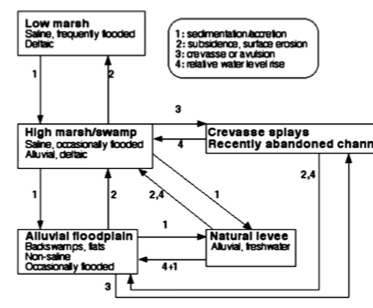