The characteristics of a place or system can be factors that are measurable or observable, or those that are not observed or observable. Of the observable phenomena, there are (at least) two different classes. First, there are those whose detection and interpretation does not vary among observers (allowing, of course, for the fact that among us there are humans exceptional in various ways). But the vast majority of humans beyond infancy will recognize, say, a rock, and will not be inclined to argue about whether or not the boulder in question is a rock or not. Suitably trained observers (e.g., geologists) may further agree that the rock is, say, granite.

Some observable phenomena are such that their detection and/or interpretation may be highly sensitive to the characteristics of the observer. A relatively planar topographic surface, for example, may escape the notice of those not trained in geography or geology or experienced in observing landscapes. Geoscientists observing the same surface may disagree about its erosional or depositional origin, or if it is agreed to be an erosion surface, whether it is fluvial, marine, or some other origin. Even if the identification and characterization of a phenomenon is agreed upon, its meaning may be observer-dependent. Ecologists may agree that a forest stand is a late-successional stage dominated by oak and hickory, for example, but their training, experience, and inclinations may lead to quite different conclusions about whether this represents a stable climax community that is an attractor state, a happenstance combination of plants responding to a given set of environmental controls, a historically contingent outcome of various environmental changes and perturbations, or other interpretations.

We can divide the unobserved or unobservable phenomena into at least three different categories. Some are known to exist, though they cannot be measured or detected. Membership in this category tends to vary with spatial and temporal scale in the sense that what is readily observed at one scale may be invisible at another. Observability may be also be dependent on, and thus vary with, technology and expertise. The genetic basis for natural selection, for instance, was not observable before the development of genetics, and is unmeasurable for those without appropriate expertise and infrastructure.  A second category is phenomena that are believed or hypothesized to exist. This category is also dynamic, as changes in measurement technology and perception can confirm or deny their existence. Finally, we must always assume that unknown and unimagined processes and controls may exist. 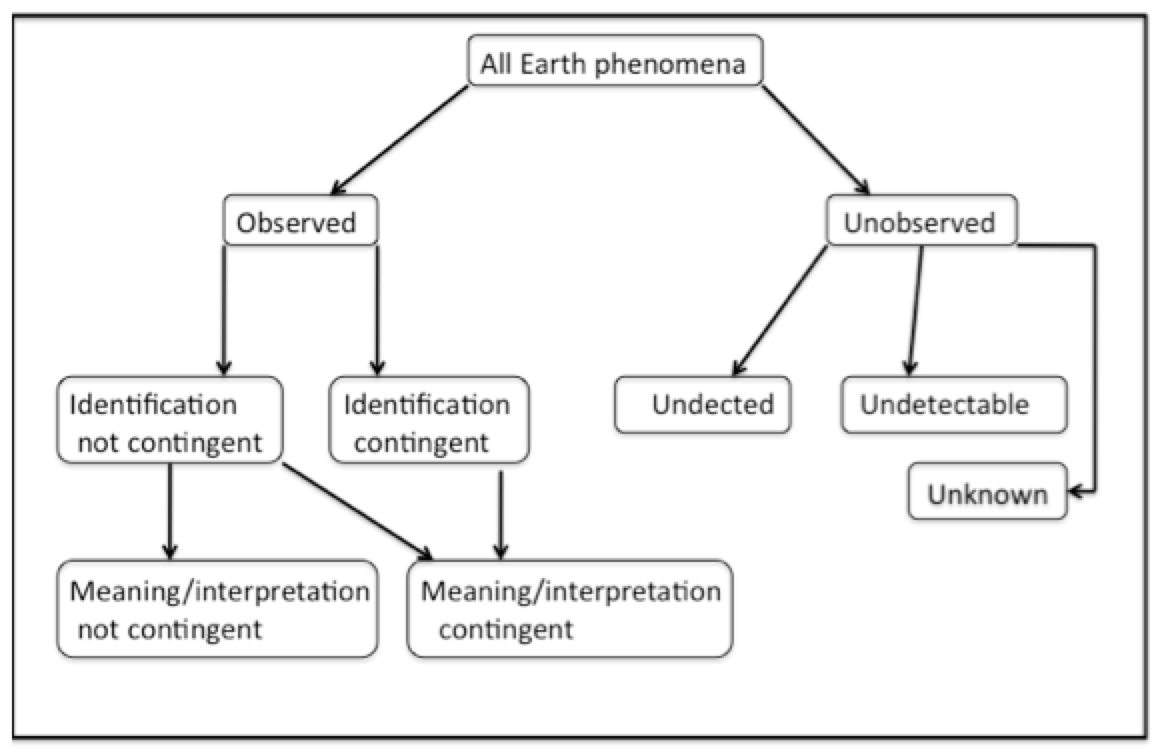