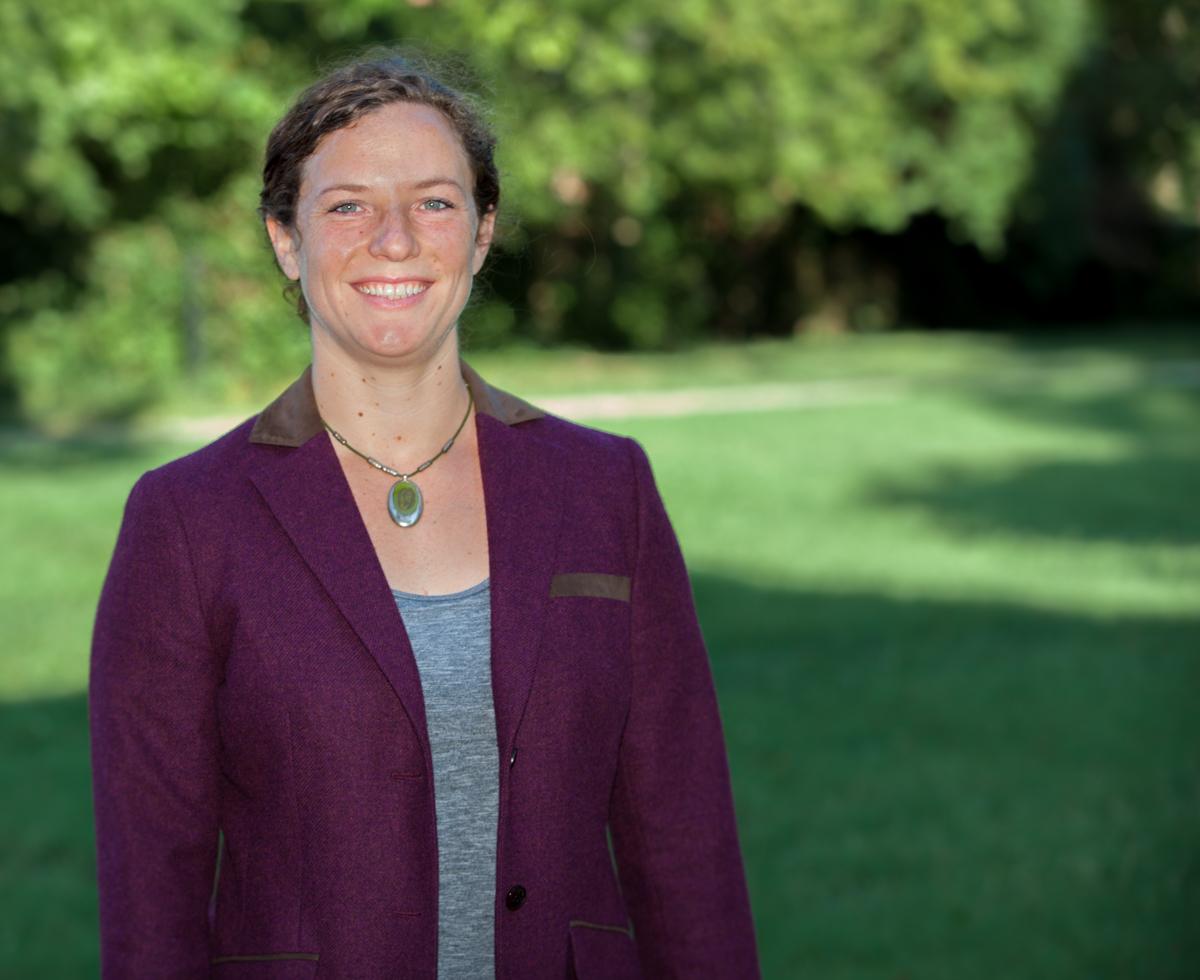 LEXINGTON, Ky. (June 8, 2022) — Julia Bursten, associate professor in the University of Kentucky College of Arts and Sciences’ Department of Philosophy, works together with scientists to help improve scientific methods for their experiments.

As a philosopher of science, Bursten studies epistemology, or the logical and conceptual foundations of scientific knowledge. Her highly interdisciplinary work merging philosophy and scientific research has been supported by both the National Endowment for the Humanities  and the National Science Foundation.

Bursten’s work supported by the NEH is focused on the philosophy of nanoscience, the study of structures and materials on an ultra-small scale. Bursten recently received an NSF EPSCoR Research Fellowship that will support her next project, which will produce the first analysis of the epistemology of agricultural science.

“As a philosopher of nanoscience, I examine the theories, models, reasoning strategies, and other conceptual tools nanoscientists use to accomplish their goals and how they reveal new information about the character of scientific knowledge,” Bursten said. “The goal with the new NSF-supported project is to now be able to tell a similar story about agricultural science.”

The NSF fellowship will support Bursten and a member of her team next year at Michigan State University, where they will be gathering data through in-depth interviews with agricultural and extension faculty with the goal to understand more about common experiment design.

The project will also strengthen an existing research collaboration Bursten has with the Department of Philosophy at Michigan State, which includes a large research group of philosophers of science. Bursten will be collaborating with this team to formulate the next stages of research.

“Like UK, Michigan State is a land-grant university, and that is an important part of this partnership because the land-grant system is so intertwined with the way that agricultural science has developed as a set of scientific practices,” Bursten said. “It will also be interesting to compare and contrast how scientific practices are structured in one place versus another.”

With findings from the agricultural science project, Bursten hopes to build upon her work with nanoscience and establish a new philosophy of applied science.

“Agricultural science has some unusual parallels with nanoscience that you wouldn't necessarily expect,” Bursten said. “They are both highly interdisciplinary applied sciences that have an intimate relationship with industry and technology. What we learn will help create a more robust picture of how scientific knowledge in applied interdisciplinary sciences works.

“The hope is that this research is not just beneficial to philosophers but that it is beneficial to scientists as well when thinking about the ways that experiments are modeled.”