A Different Kind of Healing 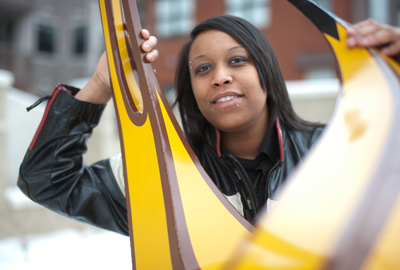 Before Ericka Barbour learned about feminist scholars, before she heard the stories of men and women and their struggles to overcome society’s misconceptions of gender, and before the name “Judith Butler” meant something to her, she was on her way to becoming a doctor.

After graduating from Louisville’s Central High School Pre-Med magnet program, Barbour saw a career in the field of medicine as a means of “healing” and helping those in need. Deciding she wanted to become an OBGYN, Barbour signed up for classes in biology and chemistry as a college freshman at the University of Kentucky.

But within her first two semesters of the natural sciences, Barbour became restless. “The classes were just so impersonal to me,” she said.

In search for a more meaningful college experience, Barbour looked through the class catalogue and, not knowing anything about “gender issues,” randomly decided to take Introduction to Gender and Women’s Studies.

It was through this decision and within this class, this UK senior and GWS major found herself and her role in the world. 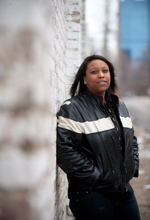 "I suddenly saw how our society views gender. Things I had been thinking about before suddenly had a name,” she said. “I felt like I had a voice.”

With a new perspective on life, Barbour enrolled in more GWS’s classes, such as Karen Tice’s Feminist Activism and Women’s Literature taught by Jan Oaks. Said Barbour, “Every class I have taken has been amazing. I even took Patricia Cooper's Women and Spirituality twice because I had gotten so much out of it the first time. Dr. Cooper said each time she taught it, it was completely different. She was right. I learned so much more the second time.”

It is this enthusiasm that has allowed Barbour to fully embrace the GWS program. “I love what this discipline requires of me. I have learned to stop trying to be someone else’s ideal or what society tells me to be. I just wish I had known before the things I know now.”

Although Barbour has enjoyed every class in the GWS department, she has become particularly interested in domestic abuse prevention and advocacy and is now writing her senior thesis on domestic violence within the gay and lesbian community. She also hopes to conduct research at the graduate within this field.

Barbour recognizes the complexities of studying such issues. “You can’t just study women without looking at men. Just like you can’t study heterosexuality without understanding homosexuality.” Despite these intricacies, Barbour wants to raise awareness and support individuals that are victims to society’s prejudices.“I became interested in domestic violence within the gay and lesbian communities because these groups of individuals are already abused by society. To me, it is about abolishing our society’s hierarchies. This is about human rights. I just want to help people.” 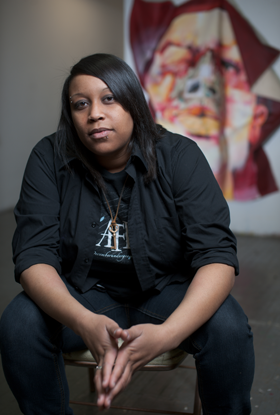 Outside of the classroom, Barbour has been active in Louisville’s TPPI (Teen Pregnancy Prevention Intervention) and now, at UK, Barbour is helping the UK campus prepare for Take Back the Night. This summer Barbour will live in New York City and volunteer in women’s domestic abuse centers.

In addition to graduate work in domestic violence, Barbour also foresees pursuing a degree in social work so she can one day work more closely with teenagers that are victims of domestic violence and struggling with gender and sexuality issues. Said Barbour, “Stereotypes dictate what we are allowed to think. I want teenagers to know there is so much grey area in the world.”

As Barbour helps teach our world about the “grey areas,” she feels confident in her new chosen path. “I do not see what I am doing now as any less significant than being a doctor. I am still healing. It is just a different kind of healing.”