Just finished John Brooke’s Climate Change and the Course of Global History: A Rough Journey (Cambridge University Press, 2014). If nothing else, the book is a remarkable achievement with respect to the breadth and depth of literature and ideas brought to bear, including history, geography, geology, anthropology, economics, climatology, ecology, and archaeology. Brooke also makes a compelling case for a significant role for environmental change in general, and climate change in particular, in influencing human affairs and history (and, of course, vice-versa).

The Perfect Floods of Texas

As I write, there is flooding in central Texas, and more to come. The focus is rivers and creeks in the San Antonio and Guadalupe River systems in the Balcones Escarpment area along the San Antonio-Austin Corridor, with effects beginning to felt downstream. 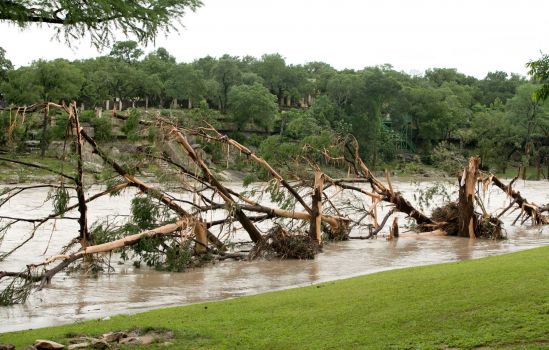 Destroyed trees along banks of the Blanco River, Wimberly, TX, after the flood of 24 May, 2015 (photo by Jay Janner, Associated Press).

A lot of us in the geoscience business are concerned these days with interpreting ongoing and past, and predicting future, responses of landforms, soils, and ecosystems to climate change. As one of my interests is rivers, I have noted over the years that in a lot of the literature on paleohydrology the major changes, such as major influxes of sediment, seem to occur at climate transitions, rather than after climate changes or shifts have had a chance to settle in and exert their impacts for awhile. 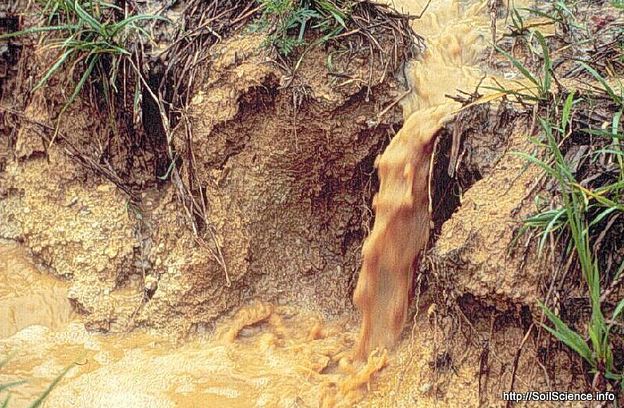 I recently watched an episode of the Syfy Channel’s post-apocalyptic zombie show Z-Nation. The human survivors were making their way across the U.S. Midwest when a massive tornado spun up, picking up zombies and flinging them all over the place.

“Is that what I think it is?” asks one character, observing the oncoming cyclone of the undead. “It ain’t sharks,” says his companion. This is, of course, a reference to the infamous “Sharknado” movie in which a tornado at sea (technically a waterspout, I reckon) sucks up a bunch of sharks and blows them into Los Angeles. Sharknado is, by all accounts, a thoroughly ridiculous movie with no scientific validity.

The tornado in the background is just about to suck up these flesh-eating freaks from beyond the grave to form an un-deadly Z-nado! 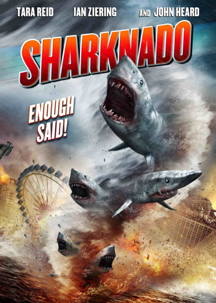 This movie poster tells you all you need to know.

A WHIRLWIND OF GEOMORPHIC IMPACTS

Hot off the press, our (myself, Dan Marion, Chad Yocum, Stephanie Mehlhope, and Jeff Olson) study of geomorphic impacts of a tornado blowdown event. You can get a copy here: https://www.researchgate.net/profile/Jonathan_Phillips4/publications

The abstract is below:

Geomorphological Impacts of a tornado disturbance in a subtropical forest.

Last month the climatologist Justin Maxwell from Indiana University gave an interesting talk at our department about drought-busting tropical cyclones. In his talk, and in conversations before and after with our physical geography crew, he had some interesting things to say about climate teleconnections involving mainly sea surface temperature and pressure patterns such as ENSO, NAO, etc. If teleconnections and the various acronyms are unfamiliar, check out the National Climatic Data Center’s teleconnections page: http://www.ncdc.noaa.gov/teleconnections/

Climate change is here, it’s real, and it won’t be easy for humans to deal with. But few things are all good or all bad, and so it may be for climate change, at least with respect to environmental science and management.

A vast literature has accumulated in the past two or three decades in geosciences, environmental sciences, and ecology acknowledging the pervasive—and to some extent irreducible—roles of uncertainty and contingency. This does not make prediction impossible or unfeasible, but does change the context of prediction. We are obliged to not only acknowledge uncertainty, but also to frame prediction in terms of ranges or envelopes of probabilities and possibilities rather than single predicted outcomes. Think of hurricane track forecasts, which acknowledge a range of possible pathways, and that the uncertainty increases into the future. 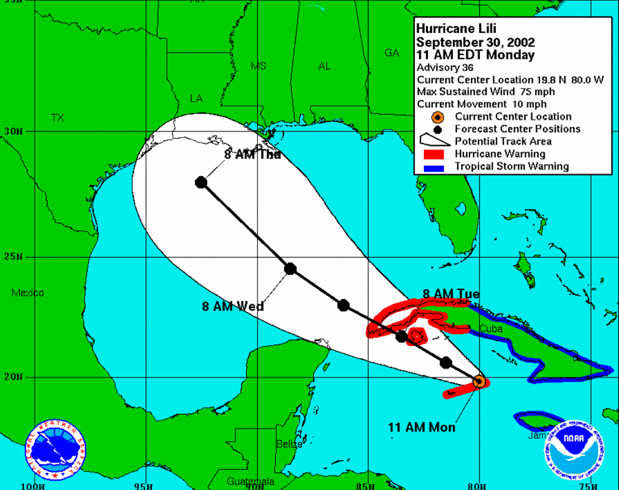 Forecast track for Hurricane Lili, September 30, 2002. The range of possible tracks and the increasing uncertainty over time are clear. Source: National Hurricane Center.

Responses to environmental change are sometimes characterized by amplifiers—phenomena that reinforce or exaggerate the effects of the change. For example, if coastal land is subsiding, this amplifies the effects of sea level rise. Or, when warming results in permafrost thawing, this releases methane, a heat-trapping greenhouse gas, this leads to further warming. However, there are also filters—phenomena that resist, offset, or diminish the effects of the change. For instance, if coastal land is tectonically or isostatically uplifting, this can offset or even eliminate effects of sea level rise with respect to coastal submergence. Or, if warming results in increased cloud cover, which reflects more radiation, this counteracts the warming. 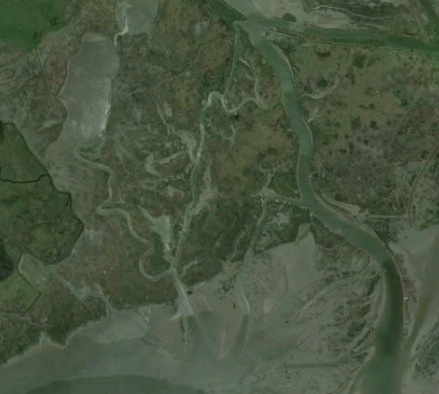 Distinguished Professor to Speak on Energy Policy and 'Saving the World'

The Department of Earth & Environmental Sciences is excited to welcome Assistant Professor Michael McGlue to its faculty!
McGlue's research background rests in both stratigraphy—or the study of rock layers and layering—and Earth history. In both cases, McGlue aims to answer questions related to environmental change and energy resources.
Subscribe to climate