"Green Talks," a new weekly talk show on WRFL 88.1, is focusing on student-funded sustainability efforts at the University of Kentucky.

A conversation with other scientists about severe, dust-bowl type wind erosion and erosion risks got me to thinking about the key interrelationships involved. The severe erosion and land degradation in the U.S. Great Plains in the 1930s was a combination of a particular confluence of environmental factors that set up aeolian erosion risk (climate, periodic low soil moisture, topography), a prolonged drought, and human factors (replacing natural grassland vegetation with crops that left fields bare part of the year).  In other areas where the environmental risk factors are present, how stable or resilient is the landscape to severe wind erosion? 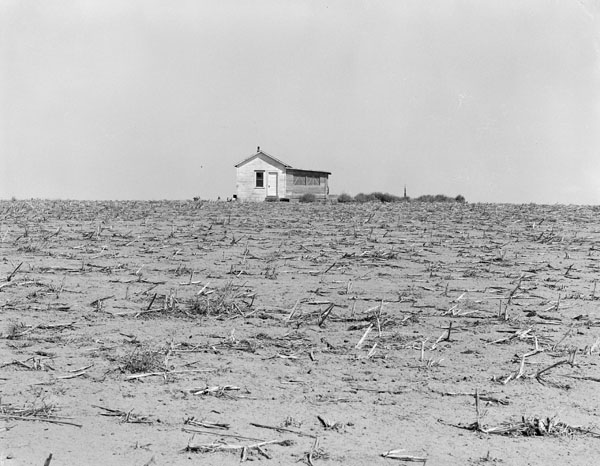 Archival photo from Kansas showing cropland degraded by wind erosion in the 1930s.

Yesterday I heard a very interesting river restoration workshop at the British Society for Geomorphology meeting. What I’m about to discuss was not the focus of the workshop, but it was triggered by thinking about geomorphology, hydrology, and river science in stream rehabilitation and restoration, which is a big business now.

The stream restoration problem is often portrayed as something like this:

That is, the stream is currently in some kind of degraded, suboptimal, unwanted state. The goal is to restore it to a “natural” or some more desired condition, often conceived as whatever the stream was like before the degradation commenced. There are a number of problems with this, one being that in many cases the pre-existing state is not known. Even if it is, since rivers—like other landforms and ecosystems—are dynamic and changeable, there is no particular scientific reason to believe that, in the absence of human-driven changes, the river would still be now as it was decades ago.

Whether it’s summer camp in Costa Rica or a weekend-long trip to Mammoth Cave, Natural Resources and Environmental Studies students have more opportunities than ever to gain first hand experience.
Subscribe to natural resources and environmental science