(Feb. 4, 2015) — Celebrate Chinese New Year in the Bluegrass with Hanfu fashion through the dynasties set to a program of Chinese music and dance beginning 7:30 p.m. Saturday, Feb. 7, at University of Kentucky Singletary Center for the Arts Recital Hall. This event is free and open to the public.

Organized by the UK Confucius Institute (UKCI) and Mu Dan Hong Dance Troupe, Lexington’s Chinese classic/folk dance group, the show will transport its audience to ancient China to reveal the development of Chinese fashion over time. The event features a rare opportunity to witness the splendor of over four thousand years of Hanfu (汉服), the traditional clothing of Han Chinese ethnic group.

"Chinese New Year is one of those events that really transcends national borders. In the 21st century, it is a global holiday enjoyed by so many, both Chinese and non-Chinese, to celebrate renewal and new beginnings. Participating in that broad and vibrant tradition is a privilege that we are glad to extend to more and more people across the Commonwealth,” UK Associate Provost of Internationalization Susan Carvalho said.

The show presents more than 50 stunning and historically accurate costumes, designed and hand-made by Qi Zhou, a costume designer who based the designs on her extensive study of the history and art of Chinese fashion.

"My vision was to introduce an aesthetic that I knew could be appreciated universally. In a rapidly modernizing world where the consciousness and exchange of different fashions continues to increase, I found the opportunity to highlight one of the pre-eminent fashions of the old world — a uniquely thrilling challenge," said Qi Zhou, designer and producer of the Hanfu show. 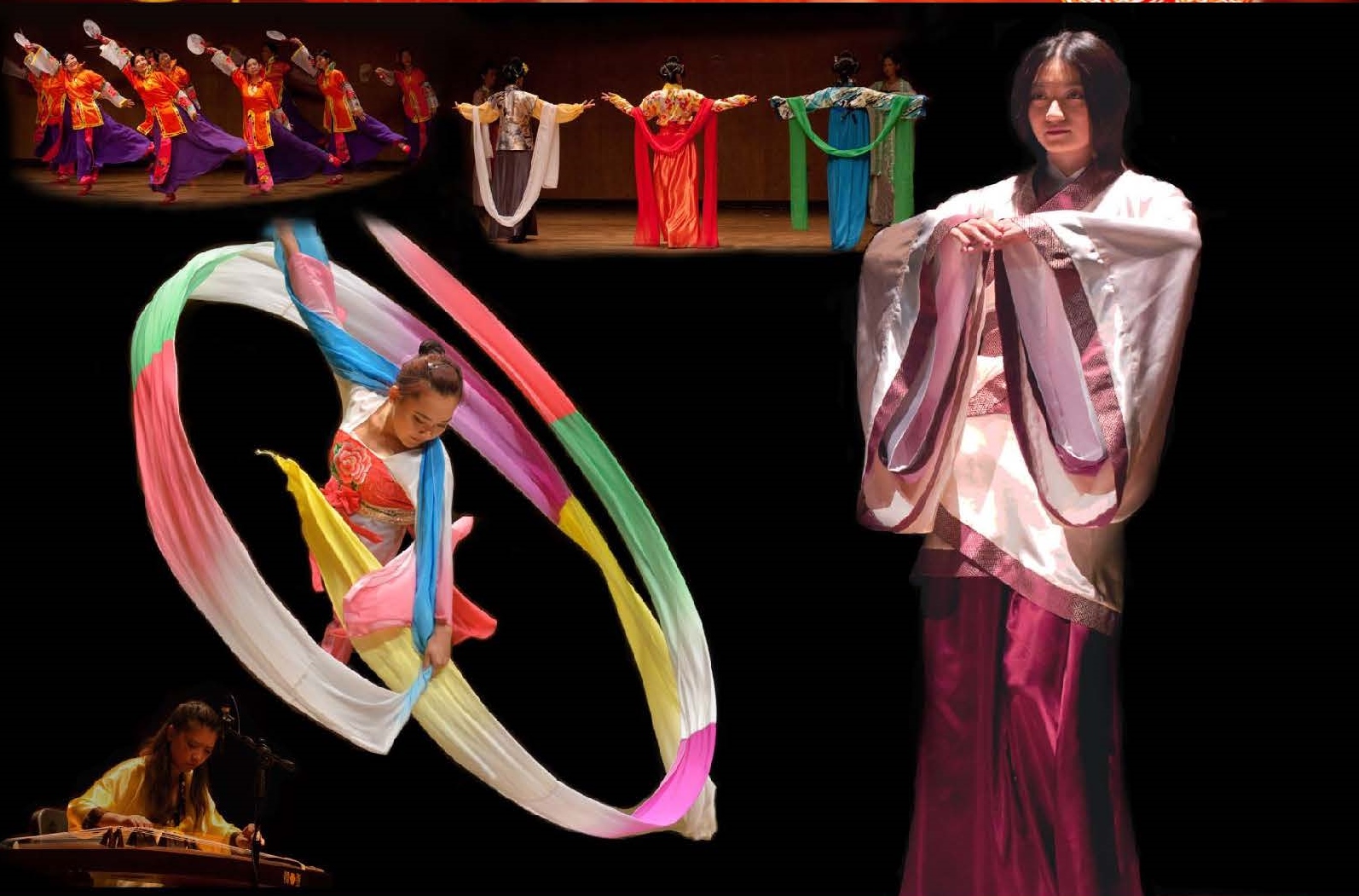 Art Director Shuling Fister feels the beauty of the show will captivate. "Art is boundless and ageless. This show utilizes Hanfu costumes as a platform to bring people back to the ancient China. As one of the ancient civilizations in the world, China enjoys a splendid cultural tradition influenced by Confucian philosophy. A brushstroke and musical tone are conveyed into the harmony of thoughts and feelings. The ideals and spirits of this culture are expressed in classical Chinese dance. In this show, the uniquely beautiful Hanfu costumes are the center that carries out the balance, harmony and attitude of a culture."

Winners of the “2014 UKCI China in My Lens Photo Contest” will be announced before the performance. Photographs were selected for cash prizes from those taken on the UK Chinese Studies Study Abroad trip and on UKCI Summer trips, including the UKCI Short-term Faculty Trip, Educator Trip, High School Students’ Trip, the UK Jazz Ensemble Tour, and the UK Volleyball Trip. Winners will receive cash prizes from $50 to $800.

See a preview of the performance here.

The mission of UKCI is to serve as Kentucky’s gateway to China in the areas of education, arts, culture and business. Since its inauguration in 2010, the institute has positioned itself as a conduit of UK’s China initiatives, and created many successful partnerships between colleges at UK and Chinese universities, as well as played a valuable role in K-12 Chinese language and cultural education. UKCI's success has already garnered a Confucius Institute of the Year award twice for the institute in its five-year history.