Molly T. Blasing specializes in modern and contemporary Russian poetry, performance, and cultural history.  Her first book, Snapshots of the Soul: Photo-Poetic Encounters in Modern Russian Culture, examines the influence of photography on the Russian poetic imagination.  Dr. Blasing's research on this topic has been supported by grants from the Fulbright Program and the National Endowment for the Humanities.  A specialist on the 20th c. Russian poet Marina Tsvetaeva, she has given numerous talks and published articles and book chapters in Russian and in English on this writer, and she is currently translating the memoirs of Marina Tsvetaeva's sister, Anastasia Tsvetaeva.  Dr. Blasing also oversees research on UK Libraries' Uli and Svetlana Zislin Collection on Marina and Anastasia Tsvetaeva.

Her second book project, tentatively titled Creativity on the Margins: A Cultural History of Tarusa, examines the history of cultural production in the provincial town of Tarusa, Russia.  In 1961, the year before the literary journal New World (Novyi Mir) published to significant scandal Alexander Solzhenitsyn’s One Day in the Life of Ivan Denisovich, a group of writers published a literature and art almanac titled Pages from Tarusa (Tarusskie stranitsy) which was conceived in Tarusa, a small town approximately 100 km south of Moscow. Pages from Tarusa caused its own scandal because its editors chose to publish the volume without passing its contents through the official state censor in Moscow. The consequences of this were severe: official denunciations from the Communist Party, a mass recall of the printed texts, and the termination of the lead editors from their jobs. As one of the very first Thaw-era publications to openly subvert restrictions on freedom of expression, Pages from Tarusa set off a cascade of challenges to literary censorship, participating in a set of pressures that eventually led to substantial reforms in Soviet political and cultural life. Pages from Tarusa: Creativity on the Margins traces the constellation of circumstances, interactions and reverberations that led up to and followed from the publication of Pages from Tarusa. The book also links the publication event to the cultural history of this small but significant town; my central argument throughout is that the particular spatial and cultural geography of Tarusa—close to, yet just far enough from, Moscow—has made it possible to subvert the conventional relationship between center and periphery in ways that have had a profound impact on Russian literary and cultural life.

Dr. Blasing directs UK's Undergraduate Certificate in International Film Studies and is writing on topics in contemporary Russian cinema with a focus on the films of Andrei Zviagintsev, Ivan Tverdovsky and Angelina Nikonova.  In addition to her work on Russian literature and culture, she is developing Russian language curriculum on topics in STEM fields and is working to advance partnerships between STEM researchers and scholars of international area studies.

Snapshots of the Soul: Photo-Poetic Encounters in Modern Russian Culture

Snapshots of the Soul considers how photography has shaped poetry in Russian from the early twentieth century to the present day. Drawing on theories of the lyric and the elegy, the social history of technology, and little-known archival materials, Molly T. Blasing offers close readings of poems by Boris Pasternak, Marina Tsvetaeva, Joseph Brodsky, and Bella Akhmadulina, as well as the late- and post-Soviet poets Andrei Sen-Sen'kov, Arkadii Dragomoshchenko, and Kirill Medvedev, to understand their fascination with the visual language, representational power, and metaphorical possibilities offered by the camera and the photographic image.

Within the context of long-standing anxieties about the threat that visual media pose to literary culture, Blasing finds that these poets were attracted to the affinities and tensions that exist between the lyric or elegy and the snapshot. Snapshots of the Soul reveals that at the core of each poet's approach to "writing the photograph" is the urge to demonstrate the superior ability of poetic language to capture and convey human experience. 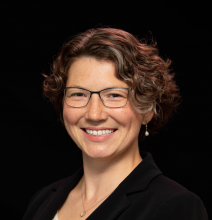