"Landscapes of Genomic Architecture Across Evolution" 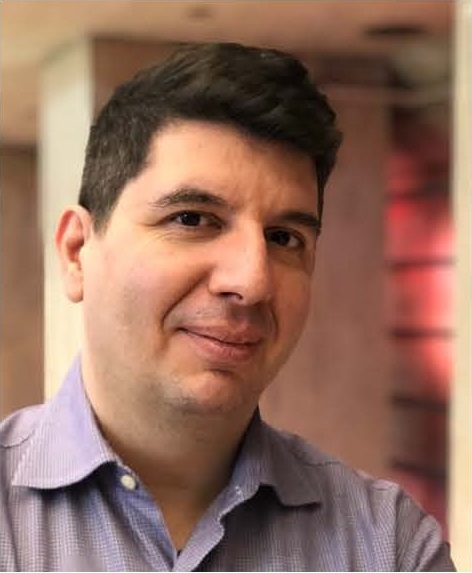 The human genome is composed of 46 DNA molecules — the chromosomes — with a combined length of about two meters. Chromosomes are stored in the cell nucleus in a very organized fashion that is specific to the cell type and phase of life; this three-dimensional architecture is a key element of transcriptional regulation and its disruption often leads to disease.  What is the physical mechanism leading to genome architecture? If the DNA contained in every human cell is identical, where is the blueprint of such architecture stored?

This idea led to the development of a physical theory for the folding of genomes, which enables predicting the spatial conformation of chromosomes with unprecedented accuracy and specificity. Finally, I will demonstrate how the different energy terms present in our model impact the topology of chromosomes across evolution. Our results open the way for studying functional aspects of genome architecture along the three of life.

His research focuses on the physical processes involved in the translation of genetic information, a branch of biophysics which he refers to as Physical Genetics. His group develops novel theoretical approaches to characterize the structure and function of the genome using the tools of statistical physics, information theory, and computational modeling.