(July 24, 2014) — When in Lexington, do as the Romans do — at least if you're attending the Conventiculum Latinum Lexintoniense, a week-long conference on the University of Kentucky campus where participants from all over the world are immersed in the Latin language.

How immersed? UK Latin Professor Terence Tunberg, who has directed the conference since its inception in 1996, says all participants must sign a contract promising to speak only Latin until the end of the conference on July 28. 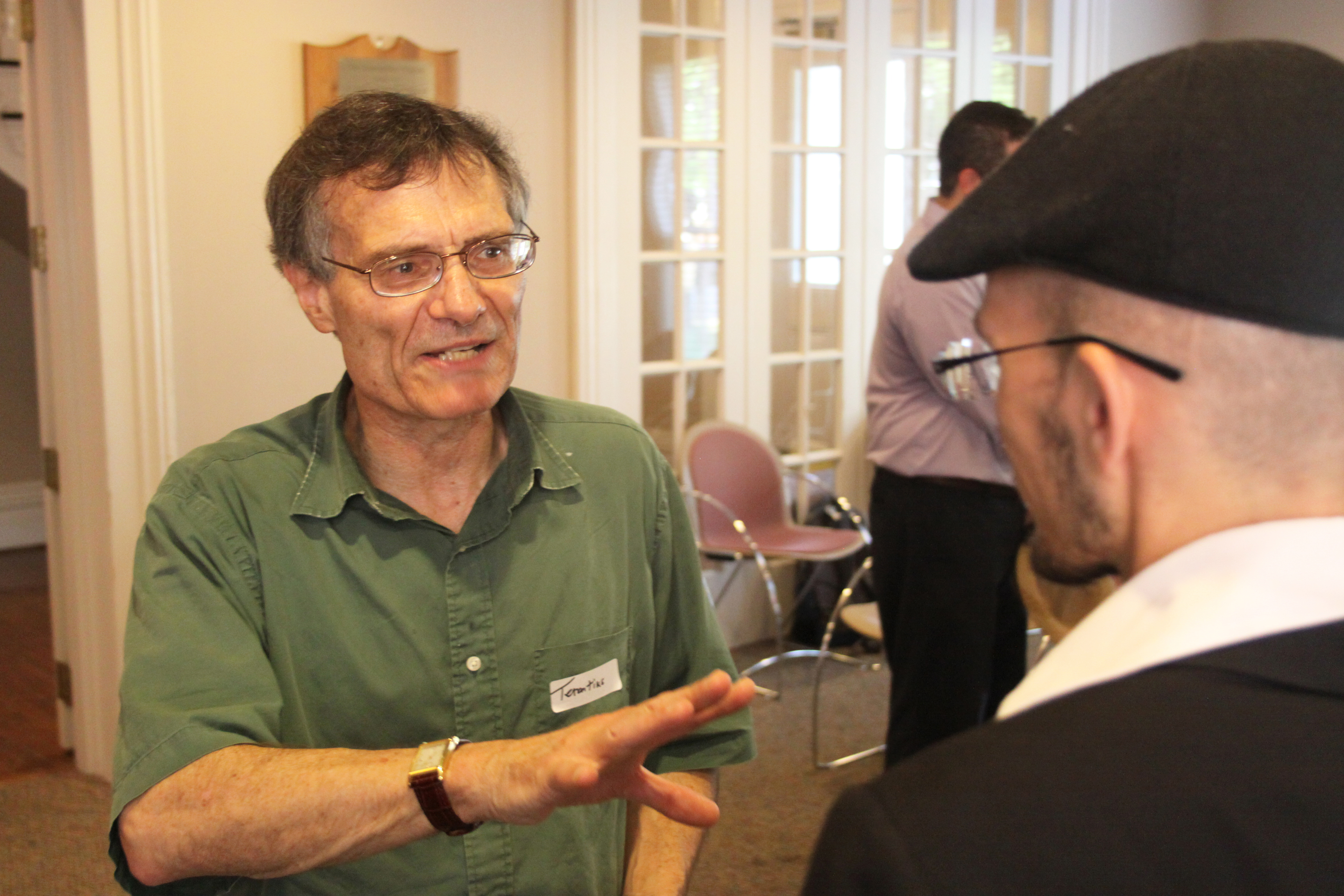 And they do. Sitting in a quiet corner of the Blazer Hall cafeteria around lunch time this week feels like a field trip to the Roman Forum. Even while eating their lunch, conventiculum attendees strictly adhere to the Latin-only rule.

Steve King, a 41-year-old IT manager from Lexington, says it's the best way to learn.

"I started down this road because I wanted to be able to learn to read Latin fluently like any English book. I figured the best way to do that would be to learn it the way we learn languages as kids. So that's why I came," said King.

That's just what Tunberg had in mind when he created the conventiculum. Though there are now a few programs at other universities (including one run by Milena Minkova of UK and Tunberg at Dickinson College in Carlisle, Pa.), his annual conference at UK was the first in the United States.

"What we’re advertising is that, if you know some basic Latin, if you have a reading knowledge of it, if you've done the grammar, we will add an active dimension to your knowledge," he said.

The first conventiculum had just 12 participants, but now the event boasts an enrollment of 85 Latin enthusiasts from all over the world. Tunberg works with fellow UK Latin professor Milena Minkova, who before she moved to the United States, had taught Latin in Vatican universities for several years, to keep the conference going smoothly, and to run other Latin seminars and workshops in different regions of North America

In addition to socializing, participants hone their skills through small-group activities such as games, riddle contests and paraphrasing Latin passages in their own words. 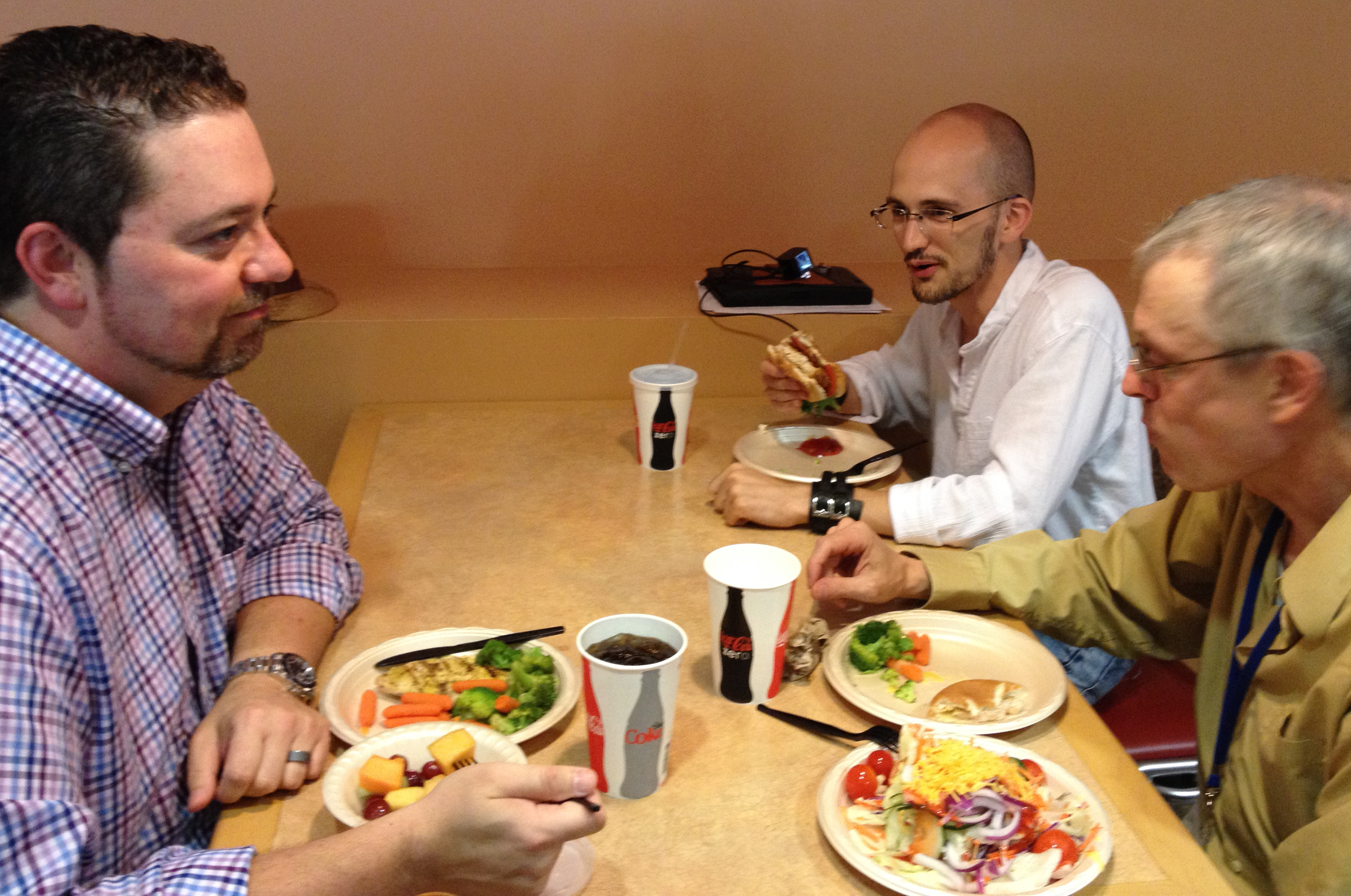 Erin McKenna, a 27-year-old doctoral student from Fordham University in New York City, said the trick to speaking Latin fluently is simple: "The most important thing is to have no fear. Everyone will make mistakes, and you just have to go with it. If you don't try, you'll never improve."

Most attendees are, like McKenna, either graduate students or professors from all over the country who came here to take advantage of the rare chance to converse with other Latin speakers.

"I don't have a lot of opportunity to [speak] Latin at Fordham," said McKenna. "I would love to create a space for students to be able to speak in Latin if they choose to, so I need to improve in order to help them."

Baylor University Professor David White, 52, said there are other classroom benefits to speaking Latin. "Learning to try to express things in Latin ourselves helps us understand why the writers express things in the way that they did and gives us a completely different understanding from the production end of the language."

Speaking an ancient language in a modern world does have its difficulties, of course.

"Obviously things relating to modern life can be a challenge," said White. "Sometimes you have to describe what you want, and very often people who speak Latin will take a word from Italian or Spanish and Latinize it, and that works."

But sometimes new words must be created. Aeronavis for airplane (literally air ship), for example. As members of the International Academy for the Promotion of Latin, Minkova and Tunberg and other elected fellows from all over the world are often confronted with the question of finding the most appropriate Latin expressions for the newest entities in contemporary life. Minkova’s and Tunberg’s membership in the academy could also bring Lexington some new visitors. The academy's last quadrennial conference was in 2012 in Vienna, Austria, but 2017's conference is slated to take place in Lexington, Kentucky.

Tunberg said the conference will take place concurrently with the Conventiculum Latinum, so attendees will have the added pleasure of meeting Latin luminaries from all over the world.

But for most conventiculum participants, it's the lifelong friends they meet that make the trip worthwhile. That, and a good teacher.